What Types of Hydraulic Fluids are Used in Aircraft?

MIL-H-5606 has been used on many aircraft for over fifty years. It is still in use on some U.S. Air Force planes and business jets. However, it is highly flammable and may have been responsible for the loss military aircraft in the past and therefore is not used as frequently as before.

MIL-H-83282 hydraulic fluid use in aircraft has been used by the Air Force since 1982 and the primary fluid used in Navy aircraft since the late 1990’s. Its popularity is primarily due to it being much less flammable than 5606. However, it is more viscous at low temperatures, with a lower limit at only -40° F.

MIL-H-87257 is a newer formulation and used in C135, E3, and U2 aircraft. It is also less flammable than 5606 and is able to remain fluid down to -65° F. It has become the more popular hydraulic fluid in newer aircraft.

Skydrol™ is a phosphate ester technology manufactured by Eastmen aviation solutions and has become popular in the industry as the first fire-resistant hydraulic fluid. 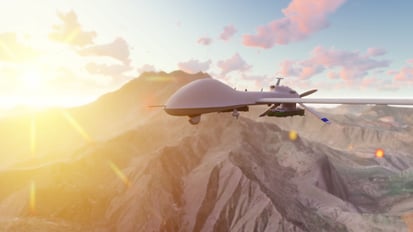