The Impact of Aerospace & Defense on the U.S. Economy 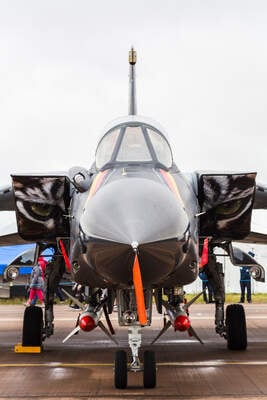 The U.S. Aerospace & Defense industry is the world’s largest manufacturer of highly advanced aircraft, space systems and defense equipment. For over a century the aerospace and defense industries in America have been pivotal in creating the most superior military on the planet. As the technological leader in design and development the United States’ significant achievements have lead the way for today’s modern communication, transportation and medical achievements throughout the world. The Aerospace & Defense industry continues to be one of the largest employers and serves as the nation’s economic baseline through its vast supply chain; from the world’s largest defense contractors, down through the three primary manufacturing tiers. From major contractors such as General Dynamics, to tier one manufacturers such as little known Inseego’s IoT products and more widely known industrial manufacturers such as Babcock & Wilcox, all the way to local machine shops, the military industrial complex is the strongest segment in U.S. manufacturing. The system is tightly controlled, requiring participants to follow rigorous specifications such as ITAR registration (International Traffic in Arms Regulations), be in good standing on the QPL (Qualified Parts List) and Nadcap accredited (National Aerospace and Defense Contractors Accreditation Program).

4 Key Factors Reflecting the Impact of Aerospace & Defense on the U.S. Economy