There are two types of BSP thread styles: 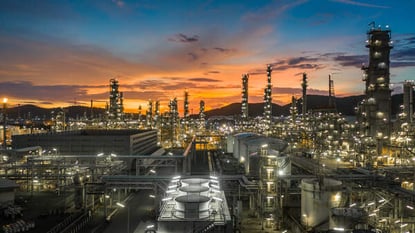 British Standard Pipe (BSPP) parallel thread fittings and adapters are, by far, the most popular, with prominence in the UK, European, Asian, Australian, New Zealand and South African markets. Their popularity stems not only from being the first standard screw thread but also because of their excellent sealing properties and ease of installation. They are commonly seen on hose ends, adapters or ports when seated with O-rings or retaining rings.

These parallel thread fittings seal using a bonded ring. This bonded ring seal is pressed in-between the shoulder on the male fitting and the face of the female, creating a secure leak-tight seal. In addition, BSPP pressure gauges have a longer male thread and use a copper crush washer that is squeezed in-between the bottom of the male fitting and the bottom of the female BSPP bore hole, which forms a pressure-tight seal. The efficiency of seating with BSPP threads does not require thread sealants to form an excellent connection.

With a tapered thread, the fitting generally seals via metal-to-metal wedging of the threads. However, the seal is made with an O-ring or bonded washer.

British Standard Pipe Tapered (BSPT) fittings and adapters are primarily for seating into a machined spot face, where a section of a workpiece is “faced” providing a smooth, flat, accurately located surface, often in a rough casting. These fittings provide the best seal when assembled with a lubricant or sealant to form a pressure-tight joint.

Both BSP thread styles are found in hydraulic applications from the oil and gas industry to heavy equipment and industrial machinery.

This blog is an excerpt from our BluPrint - "When to Use BSP, JIC, Thrust-Wire and Face Seal Connections and Applications." Click here to download your free BluPrint.