This is the largest sub-segment of Aerospace & Defense, with a supply chain comprised of over 20,000 companies, represented mostly by small to medium sized businesses.

Ground Defense
This sub-segment of the U.S. military supply chain provides ground-based systems and platforms for tackling the significant needs of the nation’s armed forces. It consists of the design, development and manufacture of armaments and ordnance that include tactical vehicles, tanks, personnel transports and their communications and electronic systems, as well as non-civilian, military high powered personal armaments.

Military Aircraft
Dissimilar in many ways from commercial aviation, the military aircraft segment is comprised of combat and non-combat aircraft and related systems. These can include fighter aircraft, patrol aircraft, helicopters, bombers, unmanned aerial vehicles (drones) and transporters.

Space Systems
The space industry has evolved to be a critical pillar of U.S. security and is integral to today’s modern economy. Advancements in aviation have lead to our ingenuity in space systems, which like the whole of aerospace, have lead to the development of today’s everyday technologies. This industry segment encompasses satellites, space launch vehicles, spacecraft and ground systems for both commercial and government markets. 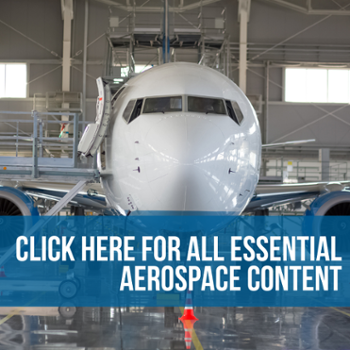