Why Hydraulics will Stand Strong to Rising Inflation

The hydraulics industry shows significant promise in staying strong as inflation continues to increase costs worldwide. According to Technavio, the hydraulic equipment market is slated to grow by over $15 billion by 2025.

Different indicators within the industry and its partners have given researchers reason to expect strong growth throughout the next several years. From equipment demand to modernization, there are many factors playing a role in the future of the hydraulics industry.

Along with rising inflation rates, the Russia-Ukraine conflict and the continually persistent complications within the field of unemployment in the United States are significantly impacting the markets. 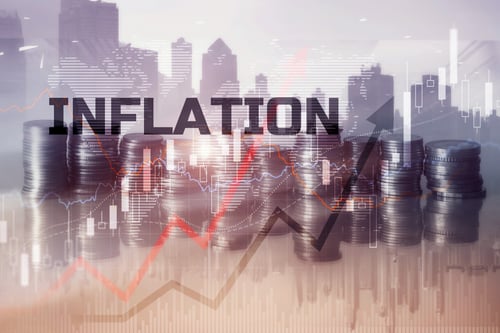 The manufacturing industry alone is reporting unoccupied jobs, even surpassing pre-pandemic levels. This is concerning because the lack of filled positions means companies aren’t performing to their full potential.

The conflict between Russia and Ukraine is continuing to send shockwaves throughout the global economy. Both countries are major manufacturers, but the international market is reliant on Russia for fuel. However, those concerned about the hydraulics sector can rest easy knowing that the industry is forecasted to grow.

This projected growth is mainly attributed to an increase in both products and demand. Additionally, the estimated growth of several adjacent industries will positively affect the hydraulics field as well.

#2 - Material handling is projected to grow this decade as well, due to several factors. For example, the increase in normalized uses for forklifts has led to a strong profit for manufacturers.

#3 - Agriculture is another field that not only affects the hydraulics industry, but also is projected to be extremely successful in the coming years. As the planet continues to modernize, more countries are reinventing their agricultural processes by switching from human labor to machinery to increase productivity.

Despite widespread workforce and staffing struggles, the hydraulics industry has strong projections of growth throughout the next several years and we can have faith in the future.