Why are Superalloys the Only Choice in Many Applications?

Alloys are metallic substances composed of two or more elements, as either a compound or a solution.  The most common metal alloys in industrial applications are carbon steel and brass, an alloy of copper and zinc.  However, special alloys are typically referred to as Superalloys or High Performance Alloys, which are made to withstand high temperatures, high stresses, and often highly oxidizing atmospheres with a resistance to corrosion or oxidation.  Superalloys are nickel based with several key characteristics, including excellent mechanical strength, resistance to thermal creep deformation, and good surface stability.  The development of superalloys has primarily been driven by the aerospace and power industries.  Widely used superalloys are Hastelloy®, Inconel®, Invar ®, and Monel ®.

These corrosion-resistant superalloys are commonly used in extreme environments where tremendous heat and corrosion resistance is paramount to the integrity of the end product. Aerospace, petrochemical processing, chemical, power plants, and oil and gas industries use superalloys in many applications.  As an example, they are used in the hottest sections of jet and rocket engines where temperatures reach 2192 – 2552°F (1200 – 1400 °C).

Superalloys in the World Market 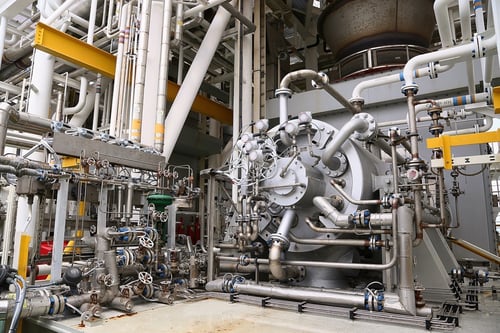 Superalloys are used in very harsh environments.  And their applications are critical to products we depend on, from the food we eat to the gas that powers our automobiles, to ships that transport many of raw materials and consumer goods.

Many components such as fittings, valves, piping systems, trolling wire, and strainer baskets in seawater applications are made of Inconel, Monel or Hastelloy.  Their comprehensive properties are used to manufacture many products used in marine applications and provide the excellent corrosion resistance and high mechanical strength required.  These superalloys  are often used in deep-sea mining, off-shore oil rigs and shipbuilding where seawater poses a constant threat of corrosion.  One extreme application environment is north shore drilling.  As an example, components used in oil drilling off the coast of Norway must follow NORSOK standards which are developed by the Norwegian petroleum industry to ensure adequate safety, value adding and cost effectiveness for petroleum industry developments and operations.  Many component applications require 6Mo/254SMO.  6Mo/254SMO a super austenitic stainless steel with a minimum of 6% of molybdenum and a high level of nitrogen, providing high resistance to pitting (localized holes on the metal's surface) and crevice corrosion (the gap or crevice between two joining surfaces), combined with high strength.

Fittings, valves, and tubing made of superalloys are used in many applications across these industries including most chemical and pharmaceutical processing equipment, gas compressors, thermal processing equipment, water and wastewater processing, as well as food processing.  Chemical processing includes the manufacture of a broad range of products from insecticides to pharmaceuticals, as well as many industrial chemicals and petrochemical manufacturing.  These applications can experience extremely harsh environments where components are continually exposed to corrosive chemicals.   A crucial product used in petrochemical plants, chemical processing, oil and gas drilling and underground gas transfer is coiled tubing made of a superalloy.  The materials are used for components in high temperature, high pressure, corrosive ambient environments and even carburizing in heat treatment processes.  Coiled tubing comes in spools of up to 6000 feet (1830 km) and is ideal in applications from deep hole drilling and exploration, to transporting hydrogen over hundreds of feet, to running gasses and liquids throughout petrochemical plants.

Power plant engineers and component designers use validated software tools to increase accuracy when forecasting the life expectancy of components subjected to high temperatures and significant cycling operations. This aids the designs of new high temperature components for use in existing power plants or in the design of new plants.

Though many components such as fittings, valves, and tubing in aerospace (from jets to spacecraft) are made from certain superalloys , the most significant use is in turbine engines.

Turbine engines generate a substantial amount of heat, reaching temperatures of more than 2,700°F (1,482°C).  As in other industries, a standard base metal or alloy cannot provide adequate thermal protection against such extreme temperatures.

Probably the most common material used to manufacture turbine blades is Inconel alloys 600 and 601, which are also used in a variety of jet engine and airframe components, such as tubing, fittings, exhaust liners, lockwire and turbine seals. 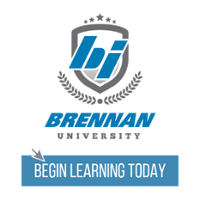