The Predominance of Metric Hydraulic Fittings Throughout the World

Metric thread hydraulic fittings are the most popular type of fluid connectors in the world. However, the term 'metric fitting” is loosely used to describe a number of fittings with foreign threads. DIN, BSP, JIS, Komatsu, Kobelco and of course metric are often lumped into the “metric” category, even though some are based on Imperial or “inch” dimensions. For instance, BSP have British Imperial threads, yet most sizes of BSPT (tapered) have direct metric equivalents. Unlike other Imperial threads, metric threads are measured by their pitch-- the distance from the crest of one thread to the crest of the next, where Imperial thread pitch is measured as a given number of teeth per inch.

The German DIN Metric 24° Bite Type fitting is the most common hydraulic fitting style in Europe and follows DIN 2353 and ISO 8434-1 standard, with some versions incorporating a captured elastomeric seal for better sealing and reusability. Plus, metric DIN 7631 60° cone, DIN 20078 series hose fittings and DIN 74233 and 74234 45° cone are the dominant European threads for specific applications. 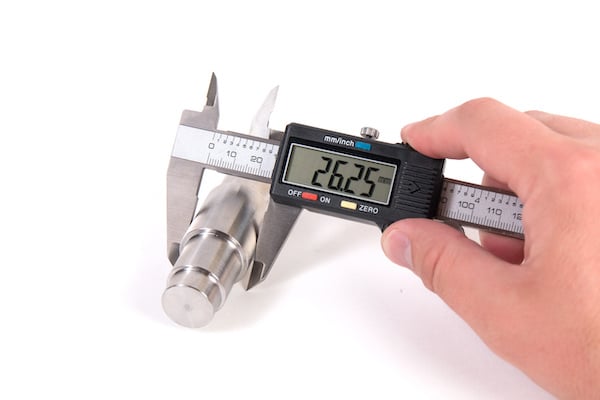 A continent away, the JIS metric standard is the most popular hose fitting used in the manufacturing of equipment in Japan and Korea. JIS adapters are designed with 30° flare and 60° cone connections. Japanese tapered pipe thread connectors are fully interchangeable with the British BSPT (tapered) fittings as referred to above. However, the Japanese male thread does not have a 30° flare and will not mate with the BSPP (parallel) female swivel, which incorporates a conical seat.

Also in Japan, heavy equipment manufacturer Komatsu has its own 30° flare, metric thread style fitting, which is one of the most common mobile equipment fittings on the market. In the U.S., though measured in inches, Caterpillar has its own Code 61 and 62 (SAE J518) 4-bolt flanges that are unique to their equipment.

Instead of splitting hairs over how one manufacturer might use metric over Imperial fittings, let’s review the overall trends in metrication around the world.

Are all Countries Either One or the Other?

We often think that a country is either “metric” or “non-metric”. But it’s not that cut and dry. It’s not like a country simply flips a switch and says “everything is converting to metric on <fill in the date>! There are only three countries left that don’t use the metric system: the U.S., Liberia and Myanmar. In reality, virtually all countries use the metric system at some level.

Consider how the U.S. is non-metric on our highways, speedometers and milk jugs, but is frequently metric in areas such as car parts, equipment manufacturing and the 100-meter dash. Plus, a little known fact is U.S. coins and currency are produced using metric specifications. Along with this, many U.S. products-- like wine and distilled spirits, have been successfully sold with only metric measures since the early 1980s.

As pointed out by the National Institute of Standards and Technology (NIST): During the last recession, lumber companies located in the U.S. Northwest saw their U.S. customer base shrink, but their Canadian and Japanese markets, both of which use metric, expanded — especially after the 2011 earthquake and tsunami. Wood-product producers made adjustments so that their production systems could flex between metric and U.S. customary measures based on what their customers needed. Because so much of the world uses metric only, more and more U.S. companies are recognizing the benefits of metric as they find new international markets for their products.

When Canada converted to the metric system in the early 1970’s, there was a lot of resistance from the public. However, the government rolled it out gradually and today everything from highways to food product is measured in kilometers or liters. However, Canada and most of the U.K. still uses yards when measuring football fields. Canada also typically uses feet, inches and pounds for a person’s height and weight, while the U.K., also considered a “metric country,” still uses miles per hour on their roads.

It’s such a gray area trying to pinpoint when a given country became “officially” metric. Consider another little known fact: the U.S. officially converted to metric in 1866, 1893, 1975 and 1988, depending on which “official” declaration you are citing. But the biggest reasons the U.S. hasn’t made the sweeping change to the metric system like Canada did 50 years ago are simply time and money. Our infrastructure and economy are much larger than Canada’s. So, it’s not as simple as it might seem. But metrication still slowly creeps into the U.S. in subtle ways.

Which is More Practical for Road Signs and Hydraulics?

We’re not going to get into how the Imperial system came about or how complicated it can be, though it makes for interesting history. However, the metric system is simple. Everything is in one unit — tenths. Every unit in the metric system is calculated by multiplying or dividing by ten. There are ten millimeters in a centimeter, ten centimeters in a decimeter, ten decimeters in a meter. Furthermore, in metric a kilo is 1,000. So, there are 1,000 meters in a kilometer, 1,000 grams in a kilogram. One liter is 1,000 milliliters. Bar is a metric unit of pressure defined as equal to 100,000 Pa, or 100 kPa (Pa meaning pascal).

Does it really matter when it comes to performance in hydraulics or race cars? Is a 3-inch cylinder bore better than a 75-millimeter one? Does a ¾-inch tube ID have better flow than a 19-millimeter tube? Is a standard 800 horsepower engine faster than a 3,651,400 kilogram-meters per minute engine? Answer: Nope, they’re all the same.

As with many things, including hydraulics, the only real difference is where they’re used. Much of Europe and all of Asia uses metric for sizing tube, fittings, cylinders, pumps and more. In the U.S., the Imperial standard is used to size the same components. Unfortunately, they are not compatible. So, it’s imperative to know what unit of measurement the component is, particularly when it comes to threads. A ¾-inch male thread should not be forced into a 19-millimeter female port, even though they seem fairly close in size, the thread pitch won’t match-- and it will leak like a sieve if you try.

As said, It’s not an either or, “us” against “them” scenario. Caterpillar parts are listed on their website in millimeters and inches; a 12-inch auger attachment is also shown as 305 millimeters. And Bosch Rexroth pumps are available with either imperial or metric shafts, flanges and ports. These are just two examples of how large OEMs serve a global market and are smart enough to know; When in Rome, Do as the Romans Do.