Pipe flanges are used to mechanically connect two pipes, or a pipe to a valve, tee, choke, or any equipment used to create a piping system.  Pipe flanges are bolted, welded, or threaded together or connected to a piece of equipment, incorporating a gasket to provide a tight seal.  Flanges are only second to welding as the most used method to join piping systems.

There are eight primary types of pipe flanges, each serving separate or sometimes combined applications:

Blind flanges are round plates that do not have a center hole and are used to blind or seal off a pipeline, valve, or pressure vessel and block the flow of fluid.  They are available in various sizes and materials and are used to allow easy access to the pipeline and also used when pressure testing.  Blind flanges fit standard pipes of all sizes and can withstand higher pressure ratings than other flange styles, able to endure remarkable mechanical stresses of high pressure systems and the required bolting forces.

Lap joint flanges are used on piping fitted with lapped pipe or lap joint stub ends.  They are primarily used in systems requiring frequent dismantling for cleaning or inspection and also help to facilitate ease of bolt alignment.  A lap joint flange slips over the pipe and seats on the back of the stub end and the two are kept together by the pressure of the bolts.  They provide two primary advantages, reducing overall cost of the pipeline’s flanged joints because they are typically made of lower grade material, and bolting operations are less labor intensive because a lap joint flange can be rotated around the pipe to help with the bolts’ alignment.

As the name suggests, slip-on flanges are designed to slide over the end of piping and then connect to the pipe or the fittings with two fillet welds, one inside and another outside the cavity of the flange. They are ideal for lower pressure applications and provide easy and low-cost installation.  The bore size of a slip-on flange is larger than the outside diameter of the pipe, allowing the pipe to slide inside the flange for the weld connection.

Socket weld flanges are typically used in small, high-pressure piping.  They are connected to pipes using a single fillet weld on the outer side of the flange, which is different from slip-on flanges which require two welds.  Though they may appear similar to a slip-on flange, their internal pocket design has a smooth bore providing a superior fluid flow.  A socket weld flange’s fatigue strength is 50% greater than double welded slip-on flanges due to the single internal weld.

Why It's Important to Install and Secure Flanges Correctly:

It’s imperative to install and secure flanges to the correct specification for the application.  Case in point: Danville, Michigan, April 13, 2011 – a pipeline operator was notified of odors and a sheen in a Bauer Drain.  The failure originated from a pipeline on operator-controlled property that reached the water body Bauer Drain.  Nine thousand barrels of gasoline were released, with  one barrel reaching the Bauer Drain. The flange gasket failed due to misalignment during construction in 2002.  The pipeline was shut down for five days to make repairs.  The total costs were $35,728,903, with environmental remediation reaching $20 million and emergency response more than $14 million.

Threaded flanges are popular in many industrial applications because they are easily attached to the pipe without welding.  They have an internal threaded bore which matches the external threading on the pipe and are tapered in order to create a seal between the threaded flange and the pipe as the tapers approach the same diameter.  Sometimes a seal weld is also used in conjunction with the threads for added reinforcement and sealing.  Though they are available in various sizes and materials, threaded flanges are best used for small pipes and low pressures and should not be used in applications with high torques and large loads.

Weld neck flanges have a long tapered hub that can be welded to a pipe and are primarily used in high pressure, severe and critical applications.  The tapered hub transfers stresses from the flange to the pipe providing high strength reinforcement that counteracts dishing.  Weld neck flanges are connected to the pipe by a single full penetration V-shaped butt weld.  Their severe condition applications include high or sub-zero temperatures, wide fluctuations in temperature and pressure, and handling fluids that are hazardous and volatile.

Reducing flanges are used to decrease the bore of a pipeline when there is a requirement for a change in pipe size.  They have one specified diameter with a smaller diameter bore size. The bore of the run pipe can be safely reduced by only 1 or 2 sizes, otherwise a combination of a butt weld reducer and a standard flange is recommended.

A reducing flange has dimensions of the larger pipe size except for the bore and hub dimensions.  Threaded flanges, welding neck and slip-on can also be used as reducers and are an  economical way to make a pipe size conversion.

Orifice flanges are used in specialty applications where an orifice meter is installed on the flange.  The orifice meter creates a pressure drop, then measures the flow rate of either liquids or gases in the pipeline at the point of the flange.  A pair of pressure "tappings" directly opposite each other are machined into the flange.  This alleviates the need for separate orifice carriers or tappings in the pipe wall.  Orifice Flanges typically have either raised faces or Ring Type Joint (RTJ) facings.  They are essentially the same as slip on or weld neck flanges with additional machining.

Learn more about flanges and other fittings here: 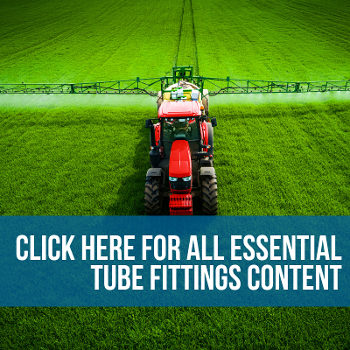