OEM and Tier Suppliers: What a Tangled Web They Weave

We all know what an OEM is – Original Equipment Manufacturer. And we know they are usually the 400-pound gorilla in the room. There are OEMs such as Boeing, Lockheed Martin and Northrop Grumman who are Department of Defense contractors, producing fighter jets and other defense equipment. Then there’s GM, FORD, Honda and all the other automotive manufacturers who are OEMs in their industry. These are just two markets, but it runs the gamut, from home appliance such as Panasonic and Whirlpool, to lawn mowers like Toro and Troy-Bilt.

Next comes the Tier supplier network that supports the OEMs. To keep it simple, as a Tier 1 supplier, Adient/Jonson Controls makes seats for SUVs, vans, cars, and trucks which are sold to major auto OEMs including GM, Ford, and Honda. Welded Tubes among others makes the seat frames for companies such as Adient/Jonson Controls as a Tier 2 supplier. Take the example of Würth Industry who makes hardware (nuts & bolts). They sell to Tier 1 companies that make car seats, making Würth a Tier 2 supplier. However, they can also sell directly to Ford assembly plants for mounting components into vehicles, making them a Tier 1 supplier in that scenario. AND they sell fasteners to the company that makes the automotive seat tracks, who sells to the company that makes the seat frames, who sells to the company that makes the seats, who sells the seats to the automotive OEM. In this scenario, Würth is a Tier 4 supplier. So, it's not so simple after all.

To further illustrate what a tangled web it is, even large OEMs can be Tier suppliers to other large OEMs. For instance, Northrop Grumman, referred to above as a Tier 1 supplier to the DOD, is also a Tier 2 supplier to Lockheed Martin for a significant share of the work required to develop and produce F-35 fighter jets, for which Lockheed has the defense contract. 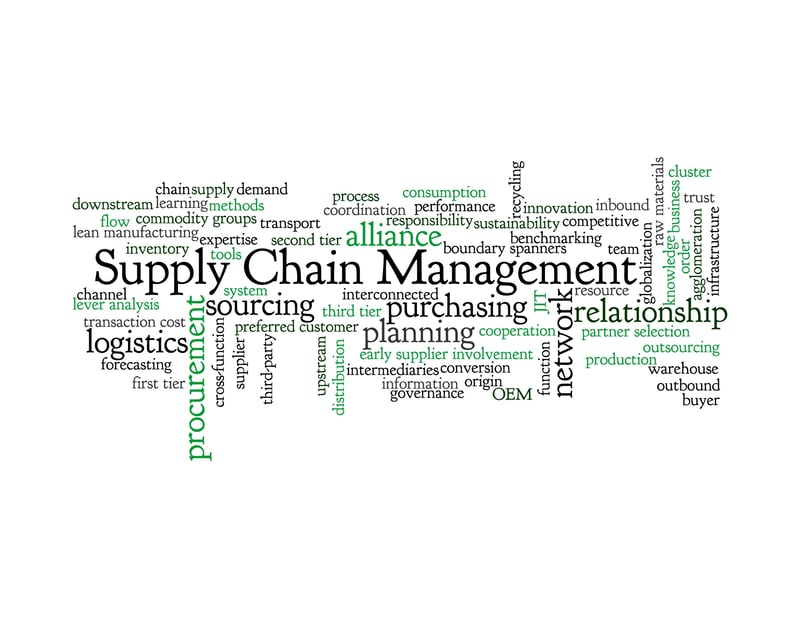 What are the Key Challenges for both OEMs and Tier Suppliers?

The OEMs’ Perspectives and Pitfalls

It can be a very tangled web, hundreds or even thousands of suppliers are often involved in manufacturing a single OEM product. For instance, aerospace and automotive products include multifaceted, systems within systems where mechanical, electrical and software components come together. Here, the OEM is faced with the challenges of ensuring all internal and external activities are aligned to meet their product development and manufacturing objectives. If the stars don’t align, there can be costly overruns and delays in getting product to market, which will likely result in major losses of market share. For example, if there are shortages of Subaru Outbacks at dealerships due to a scarcity of parts at their steering column manufacturer, you quite likely will go down the street to check out the comparable Mazda CX-5. And WOW, you love that Mazda. Subaru just lost a lifetime customer.

It's true, OEMs are the 400 pound gorilla, but they can mess up too. In an effort to cut costs in the 1990’s due to competitive intrusion by foreign automakers building plants in the U.S., General Motors shot themselves in the foot when they instituted Just-in-Time manufacturing, initially shoving it down the throats of their suppliers. JIT was intended to save money and boost production efficiency by keeping just a few hours or days of supplier parts on hand. The problems began with a chain reaction of strikes by the United Auto Workers. In turn, parts suppliers couldn’t keep up with the short lead times GM was imposing, often causing these Tier contractors to hold inventory to enable them to react to GM’s demand of extremely short lead times, which then drove up their own costs. This only served to force suppliers to attempt to increase pricing, which GM would not tolerate. If you couldn’t meet their JIT and price expectations, they went elsewhere. This ultimately caused many Tier suppliers to go belly up.

The Tier Suppliers’ Perspectives and Pitfalls

Every OEM has its own specific terminology for each product development sequence. For instance, one automotive OEM refers to specific benchmarks as “First Physical Prototype,” while another refers to the same benchmark as “Physical Build 1,” each requiring similar or even the same parts. In turn, the Tier suppliers must associate their own activities to the needs and unique nomenclature of each OEM, or next Tier up supplier. The Tier manufacturers often need to operate concurrent activities to support different customers who each have different phases of their processes, often for the same part. Going back to the automotive seat example, the company making the metal tube seat frames may be supplying the same style frame to the Tier 1 seat manufacturer to be used in making seats for both the Subaru Outback and Mazda CX-5. Two different vehicles, with seats that look different, yet have the exact same internal frame. In this case the Tier 2 frame manufacturer must follow two different process phases for what to them is actually the same part. This is just one of many examples illustrating that the OEM and Tier network is not as simple as company A, selling to company B, who sells to company C, who then sells to the OEM. And it proves how important the Tier supply network and efficient supply chain management is to the OEM.

Design engineers and program managers within the Tier network must follow specific OEM or upper Tier company classifications that can be different but refer to the same part. They must rely on sophisticated CAD, ERP, PLM, and CAM software to manage the design and manufacturing standards and nomenclature for each customer. They must also leverage these software platforms to ensure their own supply network is efficiently managed from the design phase, right down to the production phase. To consistently maintain deliverables with different milestones from different OEMs, tracking activities and creating meaningful reports is not only required, but can also be very challenging.

Clearly the OEM and Tier network is rarely a straight line. It’s often more of a web, where a single manufacturer can support an OEM directly and other manufacturers in the network. It is every organization’s responsibility to support their customers and vendors in order for the system to work efficiently.
As suggested in the GM Just-in-Time initiative above, oppressive demands of the OEM to their suppliers simply doesn’t work. In turn, the Tier suppliers need to recognize they are not the only game in town. Without efficiently fulfilling the needs of their customers (OEM or other Tiers), they can be replaced. Every smart supply chain has back-ups. All partners from the OEM to the supply network must work together in coordinating their needs to achieve the same goal — delivering a final high quality product on time and at the forecasted cost. And each company in the network must be allowed to maintain fair and sustainable margins. A healthy relationship of the OEM and their suppliers requires a team effort, not “us” against “them”.