Shortcuts Have No Place in Practicing Safe Maintenance

We all make mistakes, and most of us have had a part suddenly and unexpectedly pop off and go flying across the room — maybe missing our face by inches. Afterward, we usually say or think something like, “Whoa, I’ll never do that again.”

Mistakes made while working on a hydraulic system can have consequences far more serious than giving us a black eye or small cut. That’s why it is so important not only to receive proper training, but also to learn safe practices for working on hydraulic systems.

For decades, Rory McLaren has shared how safe practices can help prevent accidents. 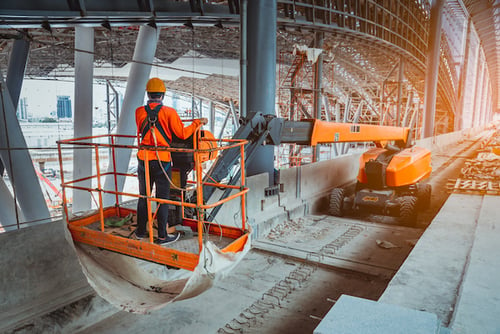 Rory is a safety expert who is passionate about working safely, especially around hydraulic systems. He teaches classes, writes materials, and even has developed products that make it safe and easy to service, troubleshoot, test and repair hydraulic systems and components. Rory is adamant that people receive proper training before working on hydraulics.

Rory has investigated and analyzed dozens of incidents that have occurred with hydraulic systems over many years. Fortunately, he shares his findings so others can learn what not to do, then he suggests a safer method for performing whatever task was being attempted.

One such incident involved a millwright in a steel plant who had received no formal training in hydraulics. A hydraulic line made of steel tubing mounted 12-ft high on a wall had developed a small hydraulic leak. The millwright was told to fix the leak, so he obtained a stepladder and climbed it to inspect the leak.

He determined that a fitting was leaking, and he noted the size so he could return with the proper sized wrenches to tighten the fitting. He purposely left the power unit running because he wanted the hydraulic system to be at working pressure, so he could see if the leak stopped as he tightened the fitting and if so, when.

With wrenches in hand, the millwright then climbed the ladder and began tightening the fitting. When he did, the fitting unexpectedly broke. A stream of high-velocity hydraulic oil shot out of the connector and struck him in the face and chest. Not surprisingly, he lost his grip on the ladder and fell to the concrete floor below. An eyewitness said that the force of the oil gushing from the fitting literally blew the victim off the ladder. Unfortunately, the millwright’s injuries from the fall proved fatal.

How Could the Accident Have Been Prevented?

One mistake was using a stepladder to access the leak instead of a work lift. This would not have prevented the fitting from breaking, but standing on the lift and having a safety strap attached likely would have saved his life by preventing the fall. This practice should be done by anyone working at substantial heights.

Another big mistake was not shutting off the power unit and depressurizing the system. Unfortunately, this practice of intentionally leaving pressure in a hydraulic line is all too common. You should never work on a hydraulic system unless you know it is at atmospheric pressure. The technician should’ve shut down the power unit, locked it out and determined with certainty that there was no pressure in the line before working on it.

Unfortunately, working on a hydraulic system while it’s pressurized is a fairly common practice. Here’s the reasoning: A hydraulic connector is leaking. With pressure in the line, you can see when you have tightened the fitting enough to stop the leak. If all goes as expected, this is a quick and easy way to stop the leak. But if the unexpected happens, it becomes painfully evident that it’s not the safe way.

The safe way to fix the leak is to turn the power off and de-energize the system to relieve the pressure. But how would you know if you had tightened the fitting enough to stop the leak? You wouldn’t, until you re-energized the system. You may have to repeatedly lock out and de-energize, then re-start and re-energize to accomplish what appears to be the simple task of tightening a leaking connector. To avoid all this back-and-forth work, just replace the fitting to begin with. The cost of a new fitting is negligible compared to the time spent in the trial-and-error method. 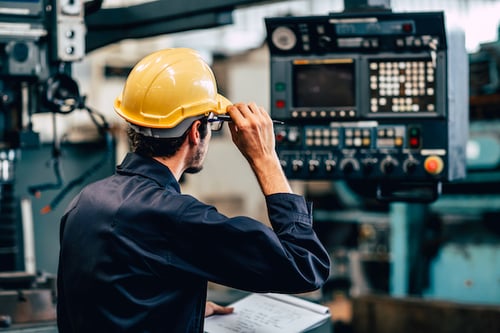 In this example, the fitting had tapered pipe threads. This design is prone to failure when it is over-tightened. Not surprisingly, an investigation of the incident revealed that the tapered-thread fitting failed from over-tightening. So, another mistake was not using a torque wrench to tighten the fitting. Once the millwright had applied the maximum torque to the fitting without it tightening, he would’ve then replaced the fitting. That is, if he had received the proper training.

When a fitting begins leaking after being in service, it should probably be replaced. Who knows? The fitting may have been leaking before, and someone may have already tightened it beyond its recommended torque. Replacing the fitting with a new one and tightening it to the recommended torque would have been the most reliable action.

Hydraulic safety is often overlooked or under-emphasized in both design and maintenance of systems. Safety should be a forethought, not an afterthought when an incident occurs. Proper training can avoid serious, or even fatal injuries. This article is part of a series in collaboration with technical writer and editor Alan Hitchcox, which we hope helps inform and educate others on the importance of hydraulic safety. To learn more, visit the Brennan Blog.