How a Hydraulic System Works

Hydraulic systems use pumps to push fluid from the reservoir through the system, converting mechanical energy into hydraulic fluid power. Certain valves help direct the flow of the fluid, others relieve pressure when needed.

Hydraulic systems are used in everything from construction and agricultural equipment, industrial machinery, trains, planes and automobiles. A hydraulic system performs significant work in many applications, such as: 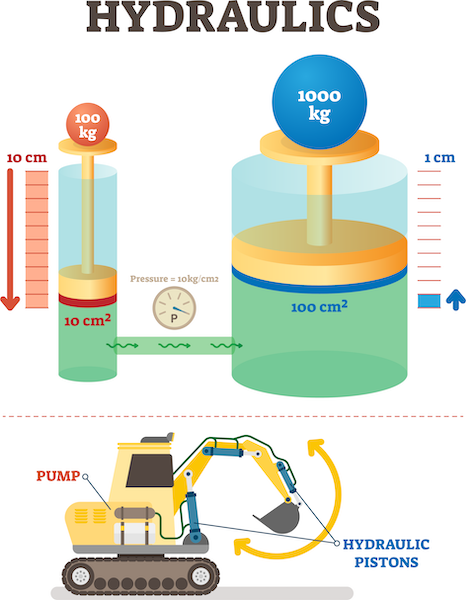 A hydraulic system is made up of five major components:

#1 - Reservoir
The hydraulic reservoir holds the fluid and transfers heat from the system, causing unwanted contaminants to sink and forcing air and moisture to release from the fluid.

#2 - Pump
The pump in a hydraulic system converts mechanical energy into hydraulic energy by the movement of the fluid. There are three primary kinds of hydraulic pumps, including:

All of these styles are intended for specific applications, such as variable displacement vane pumps or bent-axis piston pumps. However, all hydraulic pumps work on the same principle: displacing fluid volume to an opposing load in order to create the necessary pressure to move the piston.

#3 - Power Source
A comparatively small* electric motor or other power source is required to drive the pump.

#4 - Valves
Hydraulic valves are used to start, direct or stop fluid flow in the system. The valves in a hydraulic system are actuated by hydraulic, pneumatic, manual, electrical or mechanical controls.

The hydraulic system is interconnected by hoses, tubes and/or pipes and fittings that transmit fluid from one component to another.

The Principle of a Hydraulic System 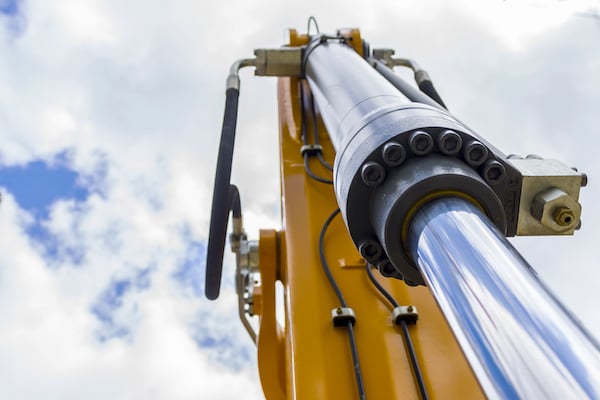 The principle of a hydraulic system is based on Pascal’s Law, which asserts: If pressure is applied to fluid in a hose, tube or pipe, it will transmit a force acting on a small area and generate a proportionally bigger force on a larger area/device, such as a piston within a cylinder. The piston rod moves due to the force of the pressure acting upon a cylinder, which will push, pull, press or lift something that requires exceptional force.

A very small hydraulic cylinder can create a large amount of force, especially when compared to electrical components. An alternative electrical system would necessitate a comparatively large* electric motor, requiring much more power to provide the same amount of force as a hydraulic system.