What’s the difference between a DIN flange and ANSI flange? First, you must understand what flange fittings are to make the distinction.

What is a hydraulic flange?

Hydraulic flanges are used in demanding, high-pressure applications, particularly where there is frequent shock and vibration. They are used for larger tube and pipe sizes of over 7/8 inch (22 mm) OD. They maintain a high resistance to loosening in severe hydraulic applications due to their multi-bolt connections and footprint larger than a threaded port. Flanges provide easy connections for zero-clearance assembly between a hose and pipe, tube or manifold, which also allows for ease of disassembly and reassembly for maintenance purposes.

The distinction between DIN flanges and ANSI flanges comes from the application. The American standard is ANSI and the European standard is DIN, although companies often use them differently.

North American flanges are measured in millimeters and referred to as ANSI, the American National Standards Institute. While ANSI hydraulic flanges are used in much of the equipment in the United States, they are also widely used around the world.

European flanges are measured in millimeters and follow the DIN standard, or German Institute for Standardization. ANSI flanges are valued in both domestic and international industries due to their strength and durability. While DIN and ANSI flanges are both popular worldwide, it depends as much on the OEM specification as it does international location, although in many maintenance situations, the choice may be up to the technician.

Overall use of flanges

Both ANSI and DIN flanges have a range of pressure classes that are suitable for most applications, depending on the original specification. However, they are not interchangeable. To select the system most applicable for your needs, become familiar with the application and equipment being used. John Deere, an American manufacturer of heavy equipment, uses metric connections in most equipment while Caterpillar uses their own style of flanges specific to their equipment. Comparatively, domestic oil & gas and chemical processing equipment OEMs rely primarily on ANSI standards. Although ANSI is a primary standard in the United States and DIN is standard in European countries, it is crucial to be certain of your application's specifications before placing any orders.

The World is Changing

ANSI is commonly known as using U.S. inch standards and is still widely used internationally, but one wonders how long it will last. The world is quickly embracing the metric standard, which includes measuring units of millimeters, centimeters, meters and grams. Conversely, the United States is still using the British imperial system where things are measured in feet, inches and pounds (except volume measurements). There are only three countries in the world that are still officially using the imperial system: the United States, Myanmar and Liberia. Even the United Kingdom, which includes England, favors metric as the official system of measurement-- though the use of the British Imperial System is still widely accepted. 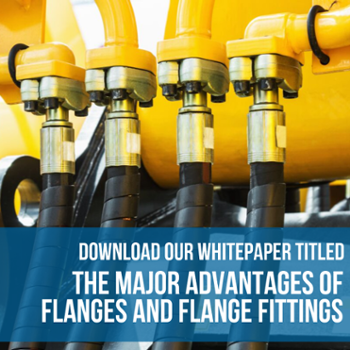